The European elections take place on May 24th, on the same day as local elections and the referendum on divorce.

This year there are 59 candidates running in three constituencies. The breakdown by constituency is as follows:

Age & Opportunity, in partnership with the Age Friendly Cities and Counties Programme has organised pre-election meetings in each constituency so that we can question candidates on their views and commitments regarding older people.

Our Dublin event takes place on Wednesday 15th May in the Ashling Hotel, Parkgate Street, Dublin 8.

The Alliance of Age Sector NGOs has adopted a Manifesto so that we can make our concerns and demands clear to MEPs. We hope that every candidate will agree to sign up to the manifesto, so that we can remind whoever is successfully elected of their commitments to older people.

Is Dublin your constituency?

We will be hosting meetings on the following dates

Please contact Fiona Holohan if you want to attend: Fiona.holohan@ageandopportunity.ie 01 8057798 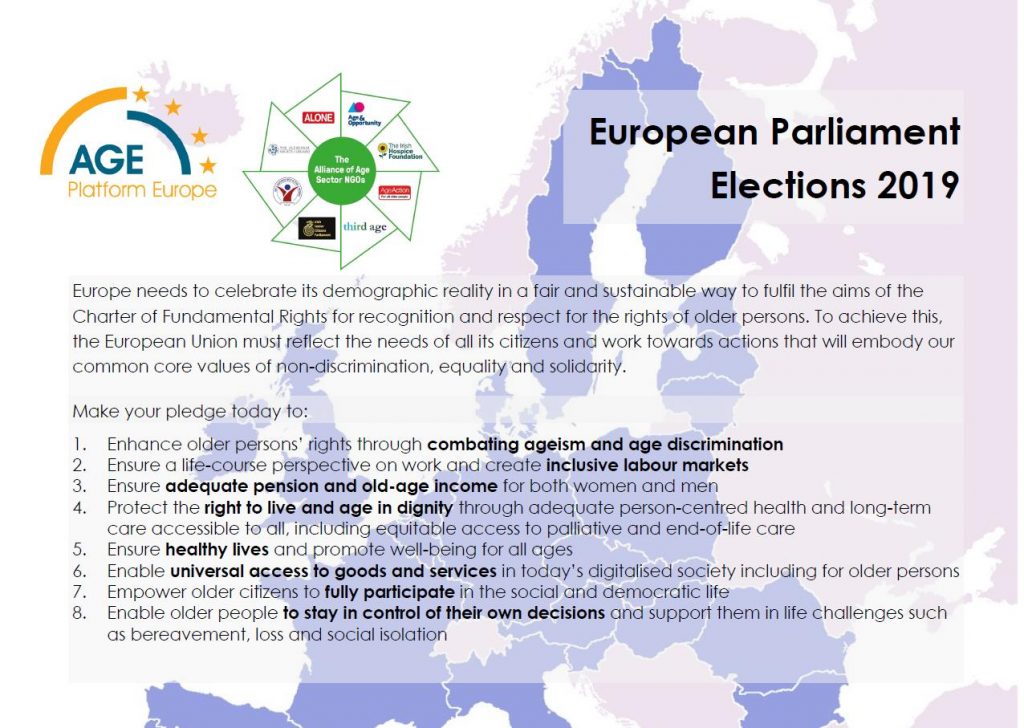