The Bealtaine Book Club aims to honour and promote an Irish writer with a distinguished and lengthy career who has made a significant contribution to literature. It also aims to encourage older readers and writers and to create a greater understanding of issues impacting on older age. 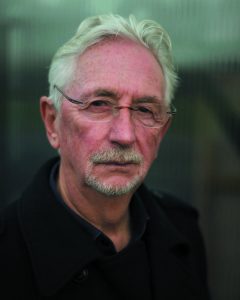 Each year an Irish author and book are selected by the City and County Library Association as the Bealtaine Book Club choice.

We are delighted to announce that the 2022 Bealtaine Book Club author is Peter Cunningham and his nominated book is ‘Freedom Is A Land I Cannot See’.

As part of the 2022 programme, Bealtaine Festival, in association with The Irish Writers Centre, will present Peter in conversation with fellow author Sue Leonard about ‘Freedom Is A Land I Cannot See’, as well as his writing career to date.

Peter will also engage with the Bealtaine Writers, a group of mainly older women and men who meet monthly to write and review work in progress, mainly poetry. The group will present work in response to ‘Freedom Is A Land I Cannot See’ during the festival.

Peter Cunningham’s childhood was divided between Sutton, County Dublin, where his mother came from, and Waterford City, his father’s home town.

His early novels, based on life in Waterford and spanning the twentieth century, explore the intertwining lives of the characters in an Irish port town. Consequences of the Heart was shortlisted for the Listowel Writer’s Prize; The Sea and the Silence won the prestigious Prix de l’Europe.  Cunningham went on to write The Taoiseach, a controversial best seller, based on the notorious career of Taoiseach Charles J. Haughey. Capital Sins, a satire set in the Irish economic meltdown, led the Irish Times to describe Cunningham as “the Hemmingway of the Celtic Tiger”.

The Trout, which confronts Ireland’s uncomfortable relationship with clerical child sex abuse, received critical praise in Ireland, the UK and the USA.

Acts of Allegiance was widely acclaimed on publication in 2017 and was subsequently nominated for the Dublin International Literary Award. Cunningham was one of the nominees in 2017 for Laureate for Irish Fiction. Freedom Is A Land I Cannot See, his most recent novel, immerses the reader in the life of a family in Sutton, Co Dublin, in the early 1920s, as Ireland fights for her freedom.

Peter Cunningham’s books have been translated into many languages. He is married to Carol, a Jungian analyst. He is a member of Aosdána, the Irish academy of arts and letters.